Those working in or with an organisation are often the first to see misconduct, dishonest or illegal activity or a serious risk to the public interest in areas ranging from consumer safety and environmental damage, professional misconduct and child abuse, to financial embezzlement and corruption. However they can be discouraged from reporting their concerns by fear of reprisals and by the perceived lack of follow-up to address such warnings. 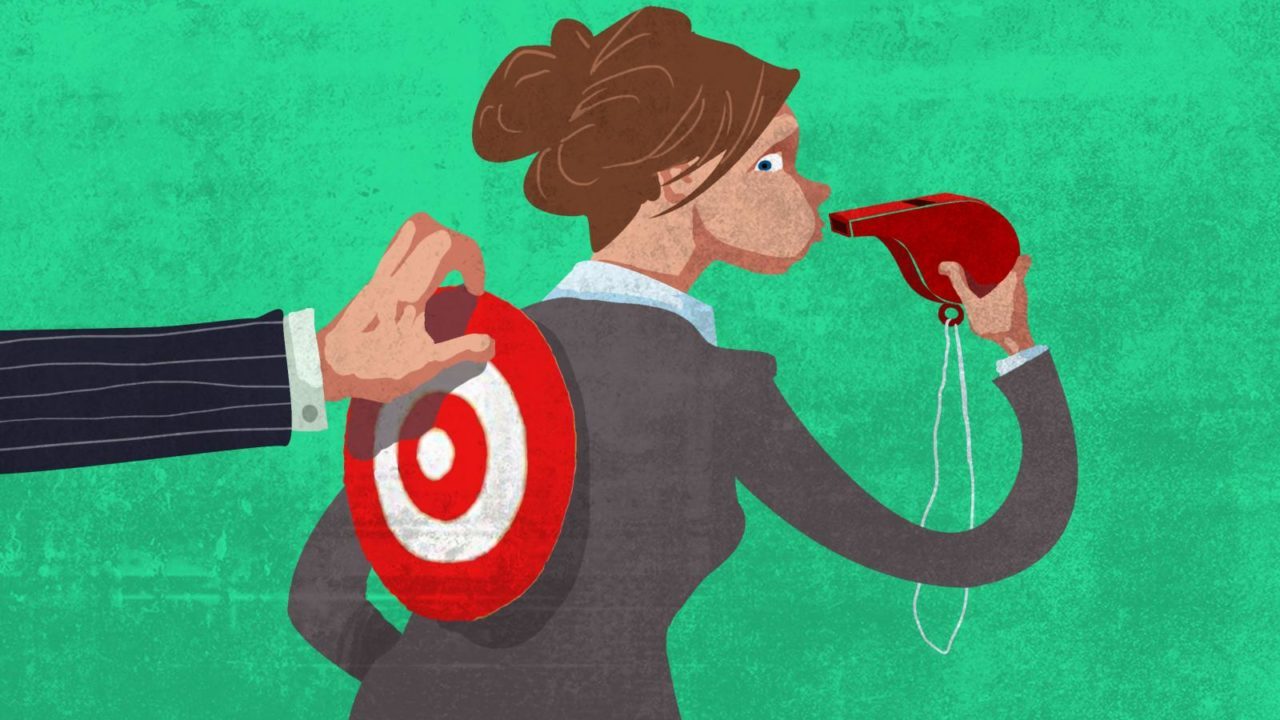 Responsible organisations should encourage those working for them to communicate actual or potential problems. Yet too many individuals face retaliation if they report their concern, this can include threats to their physical well-being as well as detriments in the workplace such as harassment, lack of promotion, demotion or dismissal. When lines of communication within organisations are blocked or not trusted, or the organisation itself is involved in the wrongdoing or its cover-up, it is vital that individuals can safely report such concerns to a competent external authority or more widely, where necessary.

Alerting organisations, external competent authorities or the public about risk, misconduct, dishonest or illegal activity, or matters of important public interest is termed whistleblowing. Whistleblowing covers the spectrum of such communications.  It is a democratic right closely linked to freedom of speech and the right to petition; a public interest safety net which supports openness in government and democratic accountability.

Whistleblower protection is relatively new to the open government agenda, and while laws are becoming increasingly popular, it is crucial that they can be enforced.  If the rights they offer are only symbolic this puts workers and others at greater risk; as they invite individuals to make disclosures while offering no genuine protection or any commitment to any appropriate follow-up of the issue raised.

Governments have a responsibility to facilitate whistleblowing and in so doing protect public interest whistleblowers.  Laws which recognise the right of those who act in the public interest not to suffer harm or threats of harm and which build on the democratic principles of free speech and freedom of information are critical. They provide individuals a safe alternative to the silence that allows negligence and wrongdoing to take root.  Whistleblower protection also offers an important alternative to anonymous leaks – a form of self-preservation which can compromise both the public interest and the whistleblower.

While it is incumbent on governments to facilitate safe and effective channels for whistleblowing and to protect whistleblowers, civil society has a complementary role in advocating for the protection of those who come forward to safeguard the public interest, particularly when it challenges government authority.  An engaged civil society can ensure that the legal and practical responses to whistleblowing are effective and appropriately applied over the long term.

NB: This topic is focused primarily on whistleblowing that arises out of a working relationship. However, there are important overlaps with the protections needed for those understood to be ‘human rights defenders’, and for the protection of journalists and their sources and for witness protection for those physically at risk.