Citizen participation in democracy begins at the ballot box. But genuine elections – no matter how free and fair – are insufficient in ensuring that elected officials are accountable and responsive to citizens. Parliaments are the citizens’ institutions. As the representative branches of democratic governments, parliaments are meant to provide citizens with links to the policy-making process and with methods of holding the executive branch to account. As a place for informed debate on the issues affecting citizens, parliaments are ultimately responsible for finding compromise among competing interests, enacting these compromises into laws, and ensuring their successful implementation. 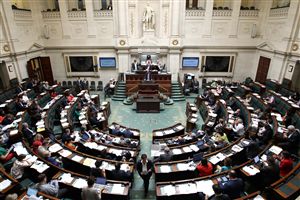 The Inter-Parliamentary Union characterizes the “democratic parliament” as one that is representative of the social and political diversity of a people, transparent in the conduct of its business, accessible to the involvement of citizens and interest groups, accountable for its performance, and effective in organizing and conducting its work. Parliaments have gathered in regional and international venues across the globe to discuss the specific characteristics of a democratic parliament, emphasizing these same values.