From participatory budgeting in Porto Alegre to social audits in Andra Pradesh to tracking snow ploughs in Chicago,  many of the most iconic examples of open government innovation have been created not by national governments, but by cities, states or provinces.  This is perhaps not surprising, since local authorities are often responsible for the tangible public services, from road maintenance to education, and sanitation to policing, that form the most immediate relationships between government and citizens.

International standards, such as Article 19 of the International  Covenant on  Civil  and  Political Rights  make clear that the responsibility to uphold the right to freedom of expression and of information applies to all levels of government. The United Nations Convention against Corruption states that local officials must  adhere to the same standards of conduct as other public officials. The Dar es Salaam Declaration on Budget Transparency, Accountability and Participation is directed at ‘all governments at the national and subnational levels’. 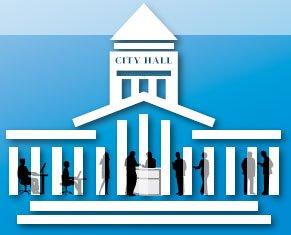 However in practice, moves towards more openness in government often advance at an uneven pace. In some places, city and state governments have led the way. For example São Paulo City Council set up its open data portal in 2012, before the Brazilian Federal Government. In other cases national governments put in place laws to cascade open government requirements to the local level. For example in the Philippines the ‘Full Disclosure Policy’ requires local government units to publish financial and procurement information on their websites. The national government provides a Seal of Good Housekeeping and funding awards to local government units that demonstrate full compliance.

Local government and the OGP

There is currently no formal role for local governments within OGP’s mechanisms of national commitments and independent reviews. However, many of the learning and experience sharing sessions of OGP meetings already include ‘inspiring stories’ from cities and states. At a national level, associations of local government are becoming involved in the consultative processes for development and implementation of National Action Plans, and are issuing guidance and carrying out training for their members.

Beyond the OGP, the City of Guelph in Canada has established its own open government action plan, co-produced with residents and businesses. They are developing a five-year road map for the City’s open government initiatives. Mexico City’s Labaratorio Para Ciudad innovation lab hosts Open Data Days, challenges and experimental projects.

Within the Open Government Guide,  many topics are relevant to local government. Policies and standards, on  Asset Disclosure and Conflict of Interest, Budgets, Citizen engagement, Open Government Data, Public contracting, Public services, Records management,   Right to Information, and Whistleblower protection should be cascaded to local government entities as part of national action plans.  For example, national laws could establish clear parameters for sub national entities in areas such as budget transparency, while central governments could also assess and rate their own subnational governments, to enable them to learn from each other’s experiences and foster subnational competition. Depending on the responsibility of different jurisdictions, many of the sector focused topics, such as Land, Environment, Police and public security and Construction are also relevant to local authorities.

And of course the Open Government Partnership and the organisations involved in it, do not have (or seek to have) a monopoly on spreading good ideas. Successful experiments often spread contagiously between cities.  Open government activists and officials engaged at the local level have also created their own networks and tools such as City Camp and opengovernment.org  in the USA. Initiatives such as TED’s City 2.0 , the EU’s Open Cities, the New Urban Mechanics collaboration between Boston and Philadelphia and the  UK’s Future Cities Catapult  are a few of the collaborations that have sprung up to share ideas and lessons between cities pioneering new approaches. In Latin America mayors from cities in Argentina, Brazil, Chile, Colombia, Peru, Parauay, Uruguay and Venezuela signed a pact to work together to advance citizen participation, as part of the Mercociudades network.